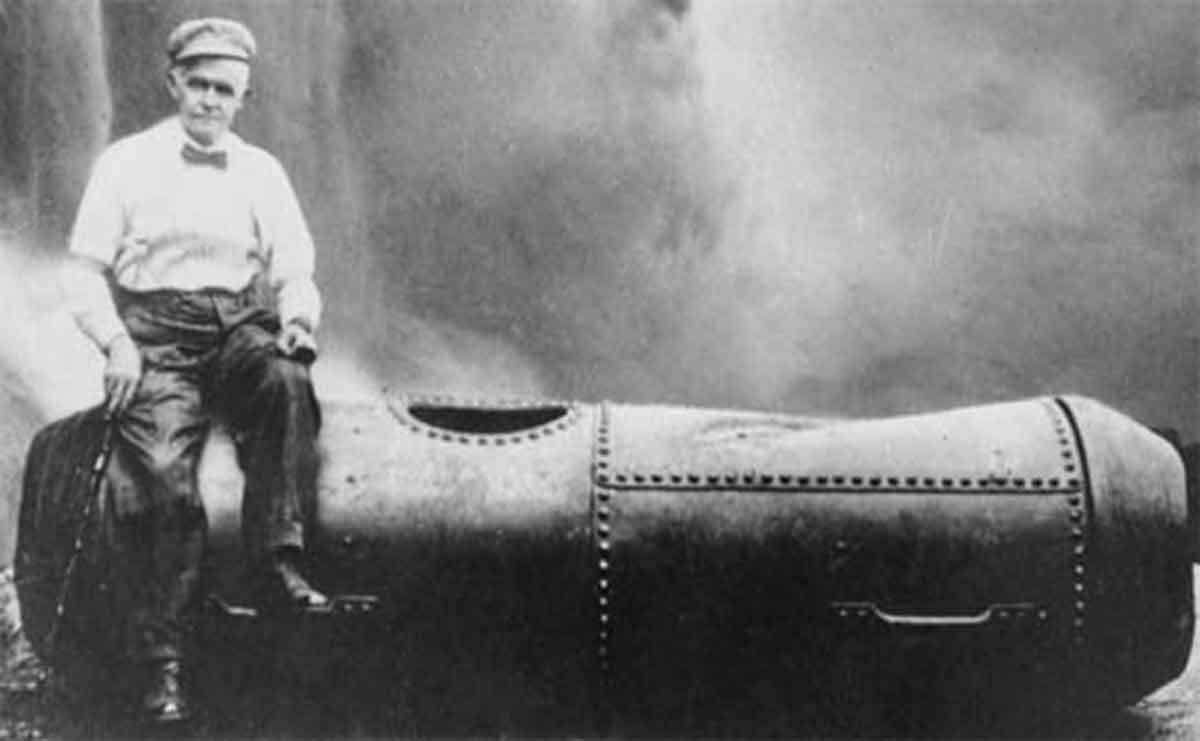 Historical tightrope walk is nothing more than a glorified zipline crossing.

Even the ghosts of Niagara Falls implore Wallenda and ABC to do the right thing.

Have you ever gone into the produce section of a grocery store looking for a tomato. There are plenty to choose from and almost all of them are nice and round, unblemished, waxed polished and shiny with just the right color of redness to suggest peak ripeness, so that it almost looks like a piece of art. This is all designed to subliminally convince the shopper that this food specimen is an engineered piece of perfection and therefore it must taste delicious. However, it isn’t until you bite into it that the deception is revealed—the anticipated expectation of flavor—is met with disappointment. Instead what you get is a blandness of taste—a hollowness more associated with a piece of cardboard. You’ve been had. The disappointment is made even greater if you have ever experienced the true hearty flavor of a homegrown, garden variety, old fashioned beefsteak only a few of us can still remember from our youth. Those garden raised tomatoes were often misshapen and scarred and it wasn’t too long before they spoiled, but the taste and juiciness was indelible. It was what a tomato was supposed to be like. It was the real thing and the memory of it still produces a craving that is rarely sated in this world of imposters. It has been replaced by a doppelganger that on the surface looks the same(even better) in texture and color and will have 2-3 times the shelf life but inside is devoid of taste—a hollow shell with no substance—an absence of soul. There are many things that have gone this route and that list will soon include Niagara Falls.

I know many people are going to take issue with this point of view. Who cares, they say, it is still going to bring us a lot of attention. They see this walk as an opportunity to put the spotlight on the Niagara region and that will result in more tourism and economic gain(and God knows the area needs it) and to showcase all things Niagara. I stand in favor of all those things. Don’t get me wrong, I love Niagara Falls. I was born here and I grew up here. I think that it is one of the most interesting places on the planet and its history has always fascinated me but it is just because I can remember its history that I cannot reconcile this sham of a tight rope scam.

Having read about and heard about the exploits of daredevils through the years, the denizens here have always been immersed in the activities that centered around the Falls. There were all sorts of contraptions and schemes concocted to capitalize on the synergy of the majesty of the Falls and so there really is no purist tradition to defend but there was a common thread that enveloped all these endeavors. That thread was that a life hung in the balance. One put their skill or ingenuity(or foolishness) on the line and it was the whimsy of The Falls and its elements that decided life or death. Not a distant television network. This is not the way it has been done at Niagara Falls. We’re being asked to eat a store bought tomato and I for one don’t want to have that hollow feeling relegated to my hometown when everybody elseis trying to spit out the cardboard aftertaste. I want to remember the sense of admiration and respect we all held for those men who risked their lives for this adventure in this one of a kind venue. And for those that lived and died and who made this the heart of the legacy here. On this Memorial Day, as we remember those that have fallen in battle, I feel that in that spirit, the dare devils of Niagara deserve a little homage as well as they are about to be dishonored on June 15th.

I also want to take issue with the historical nature of this walk. It won’t be in the tradition of the walks of Blondin of Farini(they didn’t use tethers) so in what way is it history? What if Wallenda falls off the wire during the walk, is saved by the tether, climbs back up and concludes the crossing. Would this be considered a successful crossing? Under the conditions followed by Farini and Blondin, they would have never been afforded this second or for that matter any other opportunity. In my opinion the only way that this event qualifies as historical is that it will be the first zipline ever strung across the Niagara Gorge. After Wallenda gets done with it they should leave it up and charge 10$ for a kid to zip across. I bet they’d have a waiting line. And then they could have Wallenda standing at the other end, handing out gorge crossing certificates after he receives his. Again I repeat that a tether reduces Wallenda to nothing more than a glorified tourist with a unique view of the Falls. When we were kids, I had a friend who hung from the Rainbow bridge by one hand. There was more danger in that than in anything that will take place on June 15th.

I implore the people of Niagara Falls don’t take a bite of this tomato-it will leave you will a hollow aftertaste that will persist for a long time.

The ghosts of Niagara implore Nik Wallenda nad ABC to do the right thing by them.