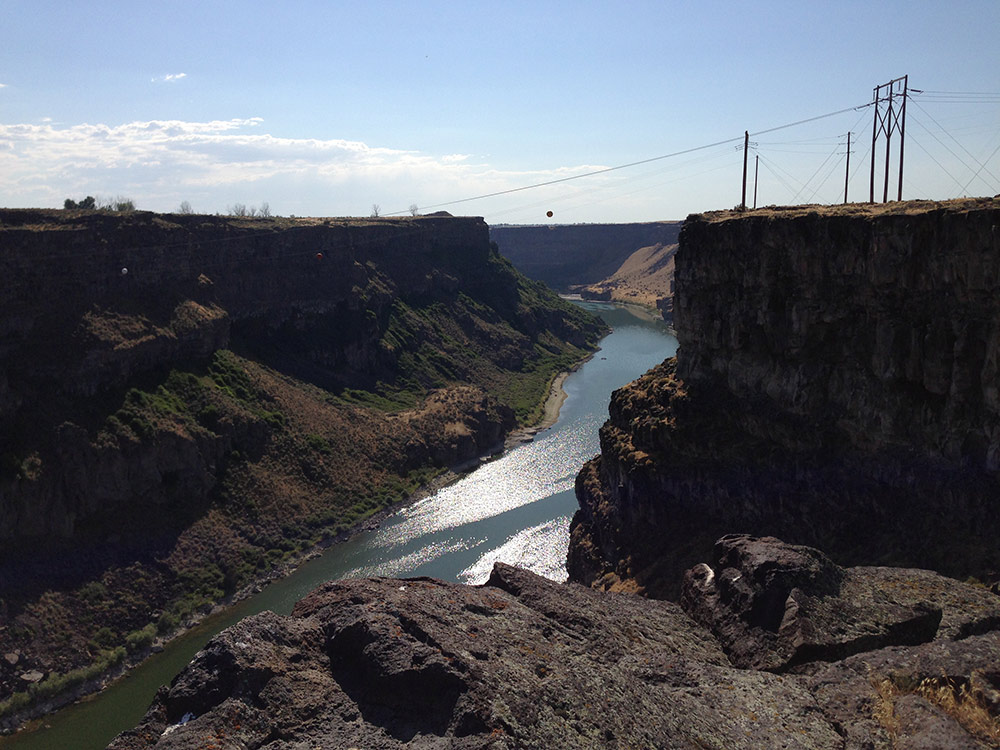 This is beginning to look more and more like an orchestrated scam on the order of Evil Knievel Snake River Canyon jump a number of years ago. How soon we forget. The latest news out of Niagara is that there is a dispute over the helicopter air rights as they prepare to string the tightrope wire across the Niagara Gorge. So while the organizers look to another company with the correct licensing, the original helicopter company wants to stay involved in the case of a rescue attempt. Of course they do, and that’s where this whole thing is headed– mark my words. Because with the requirement that Nik Wallenda be tethered to his tightrope, that’s the only way this fiasco is going to produce any excitement. And Nik Wallenda’s handlers know it. They know that a successful walk is going to be about as exciting as surfing on Lake Erie. It wouldn’t surprise me in the least if they are orchestrating the whole rescue scenario or some kind of variation, as we speak. This is the only way that the event will be somewhat memorable, but in the end we will all be left with the hollow feeling that once again we were duped.

Had I been in his shoes I would’ve done it another way. This is the alternative that his manager Winston Simone should have proposed. It would have been the Niagara Falls version of the Snake River Canyon jump or fiasco as some people referred to it. On the surface many people probably still swear by the authenticity of Evel Knievel’s jump over the Snake River. But there are many others, who after examining the stunt a little more closely have determined that Evel Knievel probably never intended to make a successful jump. It was a staged failure to create the illusion of tragedy. I referred to it as a control or planned failure because it was accomplished with a minimal amount of risk to the daredevil(here I use the term loosely.

Evel Knievel was probably more at risk for injury if his vehicle landed on the other side of the canyon–due to the height and the velocity it would have been traveling. We’ve seen enough slow-motion video of Evel tumbling over the handlebars of his motorcycle after jumping a row of cars and watching all the damage that was done to his body as he caterwauled across the pavement of a parking lot. I maintain that Evel Knievel never intended to be in a vehicle upon impact at Snake River. Instead he was going to be floating gently down to the confines of the canyon and that was the plan from the outset.  There was only one element of danger in this whole scenario and that was that the parachute open and I’m sure it would have had all kinds of redundancy and backups in place to ensure that that happened. The danger was very minimal in this contrived failure– less than  it would have been with a successful crossing. However it was a visually spectacular failure with the inclusion of heightened danger. It was a cleverly crafted hoax but one that left an observer feeling like he got something for his money. However, the event was tainted and it impacted the respectability of the rest of Evel’s career.

If Wallenda is going to go in this direction he should at least follow the example of this script, if he wants to manufacture some excitement. First of all, get rid of the tether–the danger has to be perceived as real. After you’ve got their attention –and money– then they can judge whether  it was really dangerous. Parachuting from this height would probably not work as the chute would not have  sufficient time to deploy. It might break his fall enough to prevent death but serious injury would not be eliminated. Wallenda should go out on the wire and do some stunts for the entertainment value–ride a bike, lay down on the wire, whatever. At some point he could begin to mimic the wire wobble of his great grandfather. Even Nik Wallenda has stated that he has been trained to grab the wire if he encountered  any difficulty. (I wonder if this was an effort to appease the network and make it seem like there was a measure of safety in place.

In any event he should go into his great grandfather’s prefall crouch-drop the balancing pole into the gorge for dramatic effect and grab the wire. Suspended from the wire, the audience would be transfixed. At this point the crowd would be screaming. A helicopter could be deployed in a few minutes and effect a rescue–a rope ladder would be a nice touch and the visual imagery evoked from this orchestration would be priceless with a relatively minimal amount of risk.

In my opinion even the hoax would be more interesting to watch.